Life Hacks
This post may include affiliate links. See my full disclosure here. 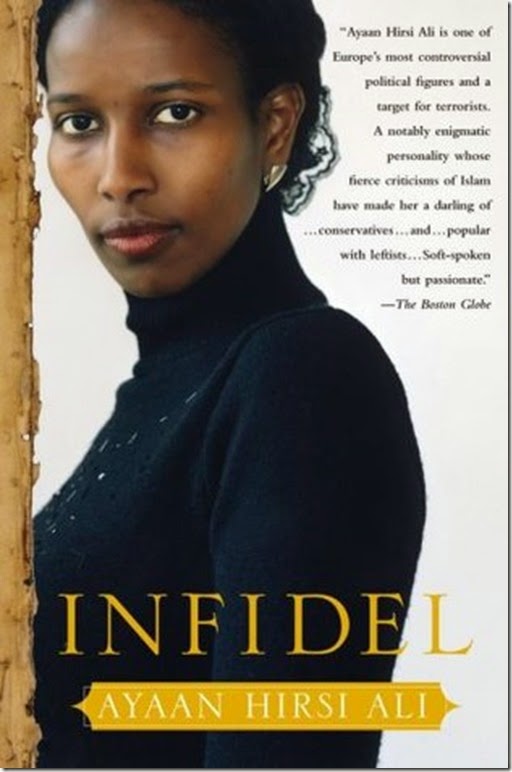 Have you read Infidel yet?  If not, put down your computer, run to the nearest library and get a copy, STAT.  I’m serious.  It affected me the way no other non-fiction book has yet.  Except maybe this one.  I was blown away by Ayaan Ali’s dedication to finding the truth, even if it meant leaving everything that she held dear and walking away from her family and country.  She now works to free women who she sees as slaves in an unjust culture and religion.
Here’s the review I left on Goodreads:
Holy. Crap. This book was probably the most horrific and fascinating book I’ve ever read. It moved me to tears and had me standing up and cheering. I admire this woman to no end and hope that she lives a long, happy and free life.
In short, this book is Ayaan Ali’s path from an accepting Muslim childhood in Ethiopia, to a an adult life as a rebel atheist in Holland. Her whole young adulthood was spent trying to become a good Muslim but she simply couldn’t live with the dissonance between her beliefs of Allah as a peaceful God and the abuse and murder of women in her Muslim community. After being sent off to an arranged marriage with a man living in Canada, Ayaan gets on a train to Holland and never looks back. She becomes a member of Dutch parliament, makes a documentary about Muslim women, lives under armed guard, survives her co-creator of the documentary who is brutally murdered by an Islamic fundamentalist and eventually settles in the US.
As a devout Christian, it does make me sad that she has completely renounced a belief in any god, although I can’t say that I blame her. She was true to what her heart and spirit told her, which was that the injustices she was witnessing were NOT of God. She made her life something she could be proud of, even though her family disowned her for it and her life is still threatened regularly. And now she works to right the wrongs she witnessed both in Africa and in the Islamic communities of western Europe.
Three cheers for this heroic woman and her amazing book! 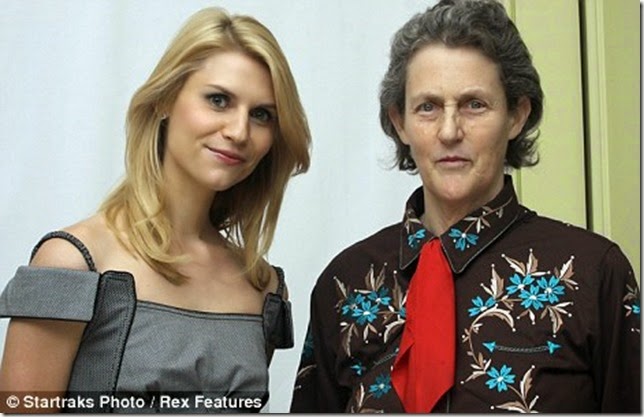 I’d never heard of the movie Temple Grandin until I was browsing Amazon for something to listen to while I sewed one night.  I ended up abandoning the sewing, I was so into this story!  It’s the true story of an autistic woman who struggled for years to apply her mind to the one thing that she felt the most passion for, and she ended up completely revolutionizing the world of cattle farming and animal welfare.  Claire Danes also did an AH-mazing job portraying this woman*.

Some inspiring women you’ve GOT to learn about!

*Claire’s performance was along the lines of Leo’s incredible work in this classic movie…and speaking of Leo and Claire, surely you’ve seen and loved them in Baz Luhrmann’s Romeo & Juliet.  Aaaand, when Baz Luhrmann comes up, we’d be remiss not to recommend my favorite flick from my over-emotional dramatic college days of yore, Moulin Rouge.  If those are too heavy, and you’re in need of a heartwarming movie about the importance of the little things, do NOT miss About Time!  There are a few instances of harsh language but I’m pretty sensitive to that stuff and I wasn’t offended.  An absolutely beautiful story of love and family and making the most of every one of life’s moments. Another inspiring one was The Secret Life of Walter Mitty.  Hilarious with some GORGEOUS scenery from all over the world and a message about living life to the fullest.  Lastly, if that puts you in the mood for more cringe-worthy Kristen Wiig, catch Girl Most Likely.  It’s often silly and a tad slow, like her movies can be, but the hilarity of her awkward moments makes it well worth it.  A flick especially for those who have ever been embarrassed by family members but still can’t help loving them.
Whew!  Now go put on comfy pj’s and do your Netflix homework.
share

I'm Bonnie, a life coach, entrepreneur and mom of 10 kids (yes, you read that right). I help moms figure out their passion beyond motherhood and build a business around it. Read more here

I help stay-at-home moms find their passion outside of motherhood and turn it into a business. Let's do this!
Click to read more